Today Pendle AC Fell runners were on their travels again to race on the fells.  This time they visited the Dark Peaks and took part in the Charlesworth Carnival Fell Race.  It was far from Dark over there, by the afternoon the blue skies appeared with the sun and a fantastic day was had by our young runners, on the fell, and at the carnival.  This race is highly recommended for a good day out for all the family where a warm welcome was given and a fun day was had all round. 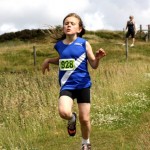 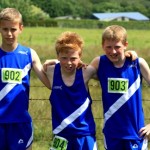 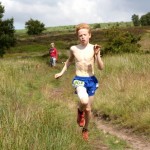 There were three race categories for the Juniors U9, U11 and U14 where the Pendle runners put in some brilliant performances.  In the age 6-8 race, Edward Garner came in 4th position. His brother Will was 5th in the age 9-10 race.  First girl in this age category was Ruby Schofield.  Five runners took part in the 11-13 race, with James Marchant 1st, Tiarnan Crorken 2nd, followed closely behind by Thomas Marchant in 3rd.  Harry Schofield, the youngest of the five, ran a fantastic race to come in 7th boy and 8th place overall, followed by Sophie Garner in 12th overall and 3rd girl. All 8 had strong finishes and Pendle should be very proud of them.

There were two Pendle Senior runners, Sean Crorken and Richard Marchant who ran in the senior race, which was a 3 miles 500′ of ascent circuit.  Both runners had good races, but the legs were tired after running in the Stoodley Pike race on Tuesday night.