Lancashire Championships 23rd and 24th May 2015 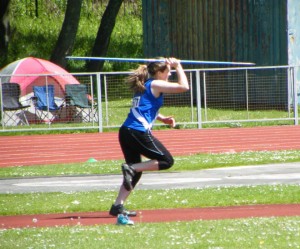 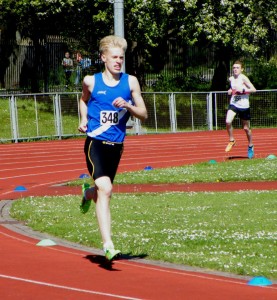 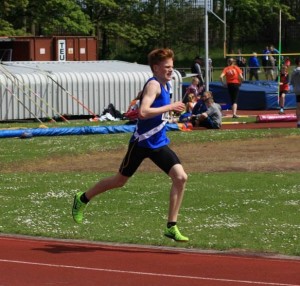 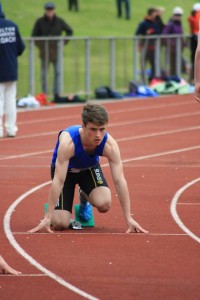 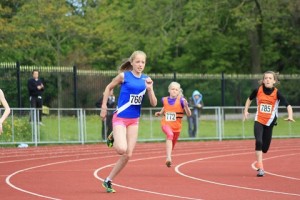 SIMPLY AWESOME ! – Not only was the sun shining all weekend but the heat radiating from all our Pendle Athletes was unbelievable.

There was an air of anticipation as we arrived at the Lancashire Championships, officials were buzzing as they cleared sand from the track, marked their boundaries out and tested the pa system.

Our gazebo was erected, flag waving to welcome our athletes and chairs assembled ready for the day ahead.

Eighteen Pendle athletes competed over the course of the weekend and you all gave your utmost to your performances. There were a few who were disappointed with themselves but the comradeship of our athletes is so strong they help each other ride the lows with the highs.

The day started well with Gregan Baker in the U17 Men’s High Jump where he increased his PB by a whopping 7cm. He just narrowly missed out on a medal but he was more than pleased with his performance.

Tim Barnes followed Gregan in the U15 Boys High Jump and managed to increase his PB to 1.50 – great jumping today both of you. He followed that with a PB in the 300m – well done Tim.

Incredible performances from U15 Kai Atkins in the 800m and 1500m, Lancashire Champion in both disciplines, and Championship Best Performance in the 800m as well as two PB’s and a qualifying time for English Schools in both disciplines and broke the Pendle record for 800m matched by further incredible performances from his sister, Endurance runner, U13 Ella Atkins who surprisingly sprinted her way to success in the 100m and 200m gaining 2 PB’s and a Silver and Gold medal, crowning her Lancashire Champion in the 200m – stupendous both of you ! ……………and they won a raffle prize too !!!

Other memorable performances came from Joe Lonsdale in the 100m and 200m, gaining himself the English Schools qualifying time in the 200m with a PB, Lancashire Championship Gold and a Silver medal in the 100m – absolutely brilliant to watch – fantastic Joe.

Leah once again stole the show with three Lancashire Champion Golds in the Shot, Discus and Javelin, together with her English Schools qualifying distance in Javelin and a Silver in the Hammer also gaining Championship Best Performances in the Shot and Javelin – superb Leah.

Spencer Phelan or should I call him Phelan Spencer (as was announced at his very lavish medal ceremony !) put in an incredible throw of 38.22 in the Javelin giving him Lancashire Championship Gold as well as a Silver Medal in Shot with a fantastic throw of 9.41 – awesome Spencer

Sticking with the Throwers, Alex Baker managed another great throw in the Javelin of 28.30 increasing her PB even further and gaining a Bronze medal and a new Pendle record – brilliant Alex.

Matthew Barnes reigned supreme once again in the U17 Men’s 3000m gaining a Lancashire Champion Gold – you ran a very composed, quality, confident race and the victory was well deserved – amazing Matthew.

Other fantastic medal winners were Tiarnan Crorken running superbly at the moment, 2 PB’s and a Silver Medal in the 1500m – brilliant T.

Emerson James with a 4th place in the U17 Men 400m and a Bronze medal in the 800m – great confident running Emerson.

Josh Ingham – who displayed an extremely mature run in the Senior Men gaining himself a fab PB and Bronze medal – quality Josh.

It was nice to see Neng run for the Club again in the 100m gaining entry into the final but once again struck by his niggling injury but well done for your performance today.

Matthew Thompson with a great PB in the 400m finishing 4th – superb Matthew.

Luke Thompson running in a tough field of experienced athletes in the 1500m and 800m narrowly missed out on the medal positions but a quality performance neverthless.

James Marchant who had a commanding run in the Senior Men’s 800m finishing in 6th place with a super PB.

Must mention the bravery of Gregan as he completed the U17 1500m Steeplechase, having never even jumped over one of the hurdles or jumped the water jump before – he ran a magnificent race and dare I say – enjoyed it ! Bit of a mix up and they ended up running an extra lap but he got himself a Silver medal for his efforts personal best time recorded – well done Greggs – proud of you.

Last but not least, Ruby Schofield having a super run in the U15 Girls 800m finishing 5th in her heat – well done Ruby.

To all who competed today – I salute you ! To all of you who gave your time to help – I salute you also ! A big thank you to Sheila Markendale who gave all her time on both days. Alison Phelan who willingly, without question, gave her time on Saturday, David Hillman who confidently flagged the Javelin, Tim Lonsdale who helped throughout Saturday on various disciplines and Neil Thompson who was coerced into retrieving the Javelins – a massive thank you to each and everyone of you – without people like you the competitions would struggle to take place – we just need a few more willing and able volunteers to share the load !

A big thank you to your Coaches, Noel, David, Derek and Daemon – they must be so proud of you all.

As I said last year, I am going to say it again – The talent of our Pendle Athletes is limitless, but it is not all about their achievements it is also about the friendships that are created and the bonds that are built between their buddies, making pals along the way from other Clubs, as they support each other through the highs and lows of their training and competing. As seen in all the photos posted by Richard, Leah and myself, their comradeship shines through !

Report by Lynn Baker
(If anything needs amending, please do not hesitate to let me know)

The next event is the Northerns next Saturday, 6th June, at Bury which we are hosting and we really do need as much help as possible from all of you.