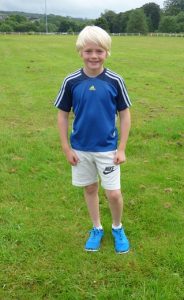 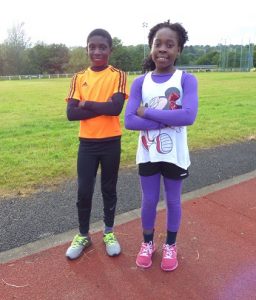 Well done to five of our younger athletes at the Club for taking part in the U11 Open Meeting at Burnley Athletic Club.

Gabriel Metcalfe did fantastic in the U10 Boys winning himself a fabulous Gold Medal in the Cricket Ball Throw and a Bronze Medal in the 75m – well done Gabriel.

Elijah Adelou, in the U11 age group, won himself 2 Silver Medals in the Shot Putt and the 75m – superb Elijah.

Finlay Hall, in his first event for the U10 Boys, had a brilliant run in the 75m and finished 3rd in his heat.  He really enjoyed himself and says he is going to do the Cricket Ball and Long Jump next year – good for you Finlay !

Ore Ogundana, U11 girl, who was very well supported by her brother Tony, took a Gold Medal in the 75m – fabulous Ora.  She also did the Long Jump and the 600m – brilliant.

Last but not least  a big well done to U10 Boy, Jamie Tillotson, for coming to take part.  A relative newcomer to the track- competed in the 600m, 75m and Cricket Ball Throw in which he possibly finished 4th, didn’t finish with a medal but so proud he came to participate, unfortunately we do not have a picture of Jamie.