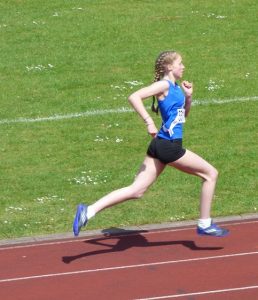 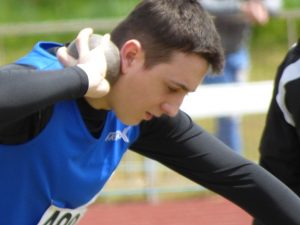 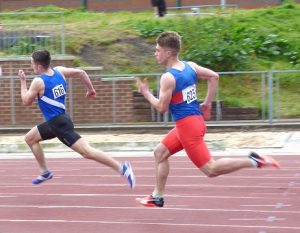 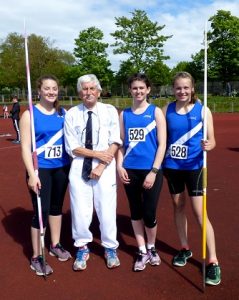 OUTSTANDING !  How can 12 athletes amaze me so much, once again, the talent in our Club is insurmountable!

The weather was sunny for most of the time with a cheeky favourable wind which seemed to swirl in all directions!

Statistics for the weekend were:-

12  Competing Athletes (including Morgan Webster at the Yorkshire

and a Championship Best Performance from no other than Leah !

Starting with the youngest, U15 Girl Ella Atkins, put in a tremendous performance in the 100m earning herself a PB and a place in the final. She went on to do the 200m and 300, proving her potential but narrowly missing out on further PB’s.

In the U17 Men, Spencer Phelan, threw an exceptional 42.49m in the Javelin for a Silver Medal, got a PB in his Shot with a whopping 10.37m and gained a further PB in his Discus claiming a Bronze medal (and two MacDonalds on the way home !)

We also had – Morgan Webster, was the sole Pendle Athlete at the Yorkshire Championships and gave a very commendable performance in a tough 1500m field – well done Morgan.

Alex Baker and Zoe Kidney, for the U17 Women, could not have made me more proud, both throwing the Javelin in excess of 38 metres, earning a Gold and Silver Medal and exceeding the English Schools standard of 37 metres – superb throwing girls.

In the U20 Men, we had Daemon Metcalfe in the High Jump, jumping and incredible 1.75m, smashing the opposition for a Gold Medal ! – well he would have done if there was someone ! Gregan Baker – get in training – let’s have a Gold and Silver next year !

Daemon then went on to claim himself a fabulous PB in the Long Jump, landing a 6.14m jump- fantastic Daemon – keep up the good work.

Gregan, just coming up to the U.20’s, had a great throw in the Discus and finished with an OPB of 27.21m and a Bronze medal.  He earned himself a PB in the Javelin and in Triple Jump he had another PB and finished in Bronze medal position.  We won’t talk about his Long Jump – but it wasn’t that bad !!

Awesome, amazing, a credit to the Club, smashing the English Schools qualifying standard in both 100m and 200m and it won’t be long before we see him demolishing more Club Records !

For the U20 Women we have Leah Hillman – a star in her own right with Gold Medals in Hammer, Shot, Discus and Javelin – shamazing throwing Leah – you know what to do and you do it in style !  She annihilated the English Schools qualifying standard of 37m by throwing an incredulous 41.98m – earning herself a Championship Best Performance – you rock girl !

I feel proud to say that I was the only competing Senior Woman – never thought I would make it to the Lancashire Championships podium – never mind twice !!  Incredibly proud of my two Bronze medals in Hammer and Discus and getting myself 3 PB’s in Hammer, Discus and Shot in the process. Thanks to the continued support from my fellow Senior buddies !

For the Senior Men, we had Joshua Ingham who ran a tremendous 5000m in hot conditions finishing in a brilliant 6th place and Alan Plumb who earned himself 2 Silver medals in Hammer and Discus and a Bronze medal in Shot – fantastic throwing as always Alan –still thought you were missing your sidekick Andy for that little bit of extra competition !!  We certainly missed his cakes !!

A special mention must go to Derek Butterworth, the Throws Coach.

The team of throwers he has coached over the years are all going from strength to strength.  How many Coaches can say that they have three English Schools qualifiers from one Competition and as a Club we are especially proud to boast 4 qualifying athletes with Joe.  Unbelievable achievement out of 12 competing Athletes – let’s hope the selectors give them all a chance !

I have said it before but I think it is important – The talent of our Pendle Athletes is limitless, but it is not all about their achievements it is also about the friendships that are created and the bonds that are built between their buddies, making pals along the way from other Clubs, as they support each other through the highs and lows of their training and competing – a big well done everyone.