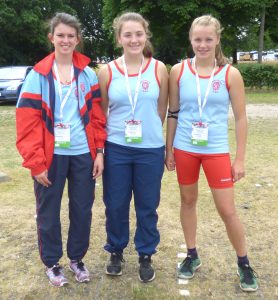 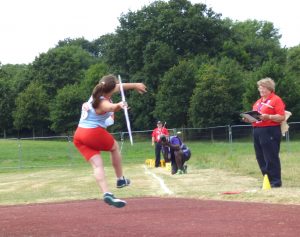 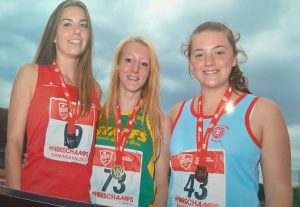 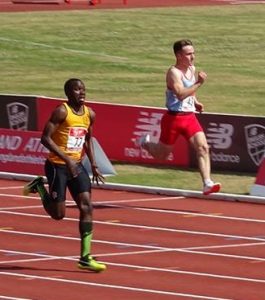 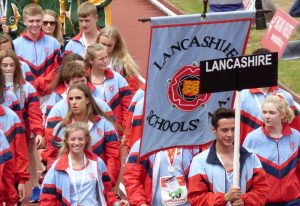 It was fantastic weekend at the English Schools Athletics Championships at the Alexander Stadium in Birmingham for our four Pendle Athletes and spectators alike.

Leah Hillman gained herself a Bronze Medal with a whopping PB of 44.18m and bagged herself an improved Pendle Club record and a National Standard.

Joe Lonsdale, although he finished fourth in the final of the Senior Boys 200m, he gained a PB of 21.75 and a new Pendle Club Record and also a place in the Newcastle Games.

Alex Baker (being the younger year) finished 10th in a field of 25 throwers for the Intergirls with a throw of 39.25m and an English Schools Standard and Zoe Kidney finished 15th with a throw of 36.75m and both really enjoyed the experience of competing at such a prestigious event.

Former Pendle Athlete, Tiarnan Crorken, did amazing also coming 2nd in the 1500m for the Senior Boys and gaining himself a Silver Medal.

The icing on the cake for us was that Joe and Leah were both chosen to be Team Captains in memory of Sheila Markendale who would have been so proud of them all this weekend.

Following that weekend, Leah Hillman and Joe Lonsdale went on to represent England at the Welsh Athletics Outdoor International in Cardiff on Wednesday 12th July for the 200m and Javelin with Joe winning Gold with a time of 21.75, just below the National Standard of 21.9 .and Leah winning Bronze. 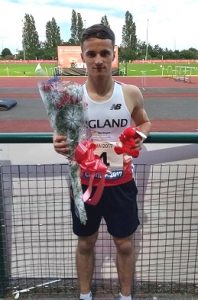 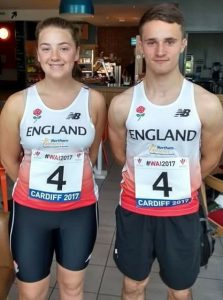