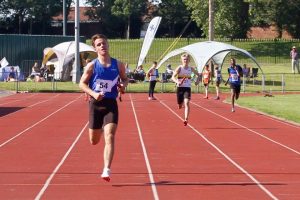 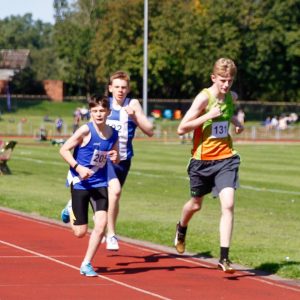 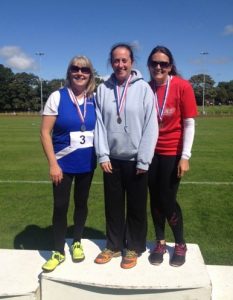 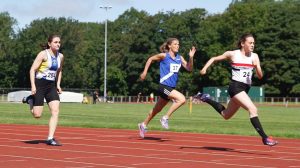 AWESOME ! – not only the weather (must have been the best day of the season!) but the amazing performances from our small band of Pendle Athletes.

Ten athletes competed on Saturday and all received medal winning positions.   It is the end of the season and most are getting ready for a rest and then on to winter training ready for next season.  We have had another fabulous year as a Club, although slightly diminished in competing athletes this year, the ones that competed have achieved some amazing goals.

To finish the Mid Lancs series in Blackpool, we had 10 athletes, 6 Gold Medals,11 Silver Medals and 3 Bronze Medals with a special mention to Michael Makram, U15 Boys, who competed for the first time on Saturday so unfortunately wasn’t eligible for medals, but finished 2nd in the Shot with an amazing throw of 8.35m and finished 3rd in the Discus with a throw of 22.98m – brilliant Michael – hope to see you competing again next year.

Joe Lonsdale (Senior Men) finished on a high with two golds and a silver in the 100m, 200m and relay.  He has had an amazing year once again beating Club Records, competing at the English Schools and Welsh Outdoor International in Cardiff, received selection a place at the Newcastle games

Daemon Metcalfe (Senior Men) gained a Gold in the High Jump and Silver in the relay. He too has had a fantastic year.

Jamie Oldcorn and Morgan Webster have competed all year for the U17 Men and have gone from strength to strength culminating in a Gold for Morgan in the 800m and two Bronze Medals and an equal PB for Jamie in the 100m  and 200m, Jamie was also the 4th member of the relay gaining a Silver Medal for the Club.

On to the Ladies, Anita Saunders, Senior Women, in the 100m powered on through to gain a Silver Medal and a PB along with a Silver Medal in the 200m and a commendable throw in the Shot just under her PB.

I was more than happy to receive a Silver and Bronze Medal in the Hammer and Discus and still maintain that the shot is flippin heavy !

Zoe Kidney (U17 Women) had a brilliant throw of 39.18m to take the Gold in Javelin with Alex Baker taking the Silver in Javelin, Gold in Shot Putt (being the top lady thrower of the day with a throw of 11.22m) and a Silver in Discus.  Both girls reached the English Schools this year and have both had an amazing year.

None of these events would happen without the Officials who turn out to every event.  We have struggled a little this year but got there in the end – a massive thank you to Derek Butterworth, Faye Holden, Daemon Metcalfe, Tim Lonsdale for Saturday and to all our other helpers through the year, Noel and David, Dave Oldcorn, Michael Webster, Bryan Wildman and David Hillman We are always looking for help to officiate and there are basic officiating coursed taking place which will be paid by the Club if anyone is interested in helping out.

Hopefully next year we can encourage a few more athletes to take part in the various competitions – it is fantastic to see how athletes develop over the years and my pride is like an inflatable ball ready to burst (had to have a buzz word – thanks Alex Baker !)