Ever had the feeling
your life was going down the drain – I shall NEVER walk on a manhole
cover again !! 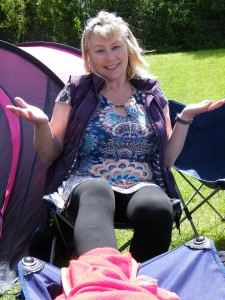 Thank you to the St John’s Ambulance, Sister Alison and
Nurse Karen for coming to my assistance in my time of need and thank
you to Spencer for his fishing skills in retrieving my shoe from the
sewer – stirling work all of you !!

Also a big thank you to Leah
(Snaphappy) who took most of the photos today (with trusty Richard the
camera) I know it must have been a lot of extra hard work for you!.

Thank you once again to all our officials, Alison, Karen, Sheila and
Derek.

We had a good
representation from Pendle Athletic Club with some memorable
performances from Kai Atkins in the 1500m where he managed to hold on
to his lead with a ‘sprint’ finish with a time of 5.01.60 – great
running Kai.

Another great performance came from Matthew Barnes in the
Male 3000m with 2nd place and a great PB of 9.44.00 – well done
Matthew.

His brother Timmy Barnes (AKA Tammy Barnes) also had an
outstanding throw in the U15 Girls Javelin of 32.95 – brilliant
throwing Timmy – it is for ‘one day only !’ as the results official had
unfortunately mixed his number up (624) with that of our fantastic Leah
Hillman (number 634) – should have gone to spec savers !!!  Leah once
again came a brilliant first for Pendle Athletic Club. Leah also got
first place in her Shot Putt and Discus although no records broken
today !

Newcomers to eventing are Louis Taylor-
Bolshaw who did some great throwing in the U15 Boys Shot Putt.  It was
a large field of 21 throwers at that age and he finished in 7th
position with a fantastic throw of 8.66 – brilliant for your first
time.

Next event is
the Youth Development League at Hyndburn next Saturday, 22nd June.  It
is one of our ‘local’ Clubs so we hope we see lots of you U13’s and U15’
s there.